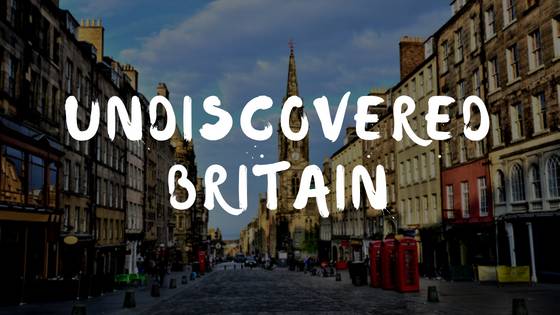 You may fancy seeing the smashing sights in Britain, but don't think us cheeky in saying we can show you the undiscovered places that tell the true stories of its green hills and seaside cliffs. From winding paths to windswept moors, we invite you to discover Britain's authentic places beyond the London Bridge with a selection of travel styles to see old Britain in a new way. Join your expert Tour Director to discover what's truly great about Britain. Explore the undiscovered and uncrowded England, Scotland, and Wales to shop for bits and bobs in more than 30 unique bonnie shires, unhurried hamlets, and highland villages. Say, "Cheerio," to typical tours for a better, brilliant way to see true British life. Pack your favorite jumpers, trainers, and trousers for an off-the-cobblestones adventure. Cheers!

REASONS TO FANCY A TOUR OF BRITAIN

THRONES, SCONES, AND EVERYTHING ELSE.

There's nothing easy about planning a vacation, especially when visiting the less-traversed areas of England, Scotland, and Wales. We handle the research, the reservations - even the driving on the "wrong" side of the road - so you don't have to. With every logistic taken care of on a tour, from hotels to transportation to sightseeing, your only job is to focus on all of the wonders that make Britain, well, great!

Britain is big on tradition - and welcomes you to participate. An escorted tour offers a pre-planned, pre-purchased itinerary with VIP access to the must-see sites without ever waiting in line - from visiting the legendary birthplace of golf at St. Andrews to Britain's world-famous tearooms.

A perfectly planned tour saves you time, which means you have more of it to spend at the special places only we can share - from Britain's grand gothic cathedrals to its small, mystical islands.

From the humble beginnings of The Beatles and The Rolling Stones to the humbling and perplexing phenomena of Stonehenge and Clava Cairns, our expert Tour Directors shed light on some of Britain's greatest fascinations.

With free Wi-Fi on our luxury motor coaches, you can share photos with family back home to show your fascinating stops off the beaten path. Snap a pic of Clan Fraser's battlefield - a setting for the TV series Outlander. Or strike a regal pose at Doune Castle, a Game of Thrones film location, to share on social media.

You don't have to search the Internet for restaurants, bars, or local favorites on our tours. We know the best English pubs to order a pint of lager or the best spot for a dram of Scottish whiskey.

William Shakespeare wrote, "This blessed plot, this Earth, this realm, this England." You don't need to be a king to find the hidden gems of England, Wales and Scotland. Uncover Britain's legends and lore - from bustling squares to peaceful pastures, from classic castles to quaint cottages, and crashing waves to sleepy lochs. On this new tour, travelers will:

Where do Londoners go to escape the hustle and bustle of the city? For centuries, they've headed to the calming hills, the soothing hot springs and the solitude of the seaside resorts of Southern England. On this new tour, travelers can follow in the footsteps of royals and writers to enjoy the great getaways only the locals know while visiting:

Call us today to book your 2020 Globus Britain vacation.